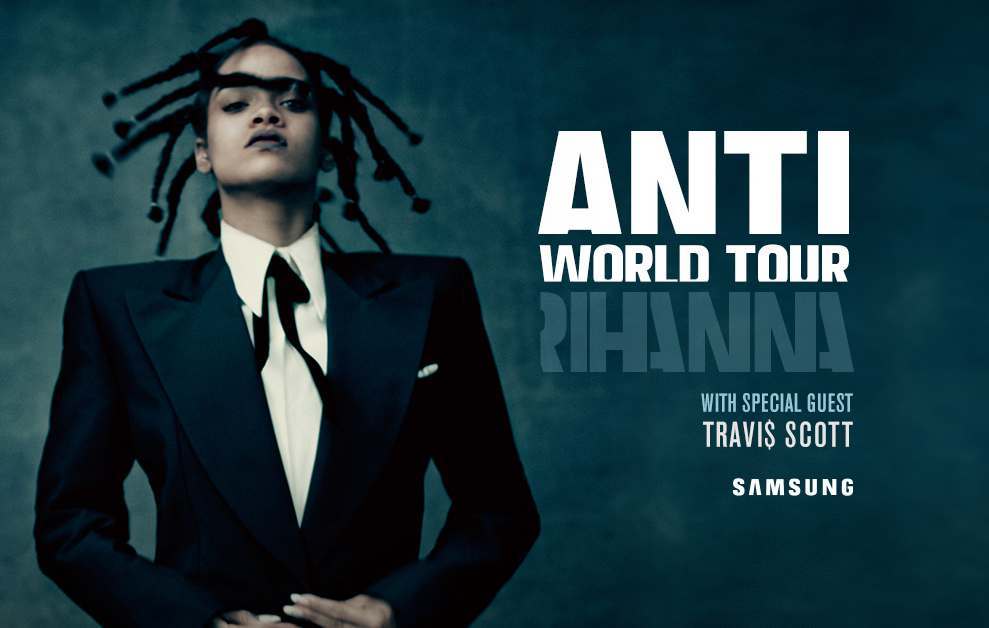 Global superstar, Grammy Award®-winner and multi-platinum selling artist, Rihanna, announced today THE ANTI WORLD TOUR. The tour, produced by Live Nation, will kick off in North America on Friday, Feb. 26, 2016 at Viejas Arena in San Diego, CA with nearly 40 shows lined up in New York City, Los Angeles, Toronto, Chicago, Vancouver, Washington DC and more. Samsung is the presenting partner on the North American leg of the tour, while PUMA is a supporting partner. Travis Scott will be the special guest on North American dates. The European leg of the tour will then follow with dates set up in London, Amsterdam, Berlin, Milan, Vienna and more. The Weekend and Big Sean will be featured as special guests on all European dates.